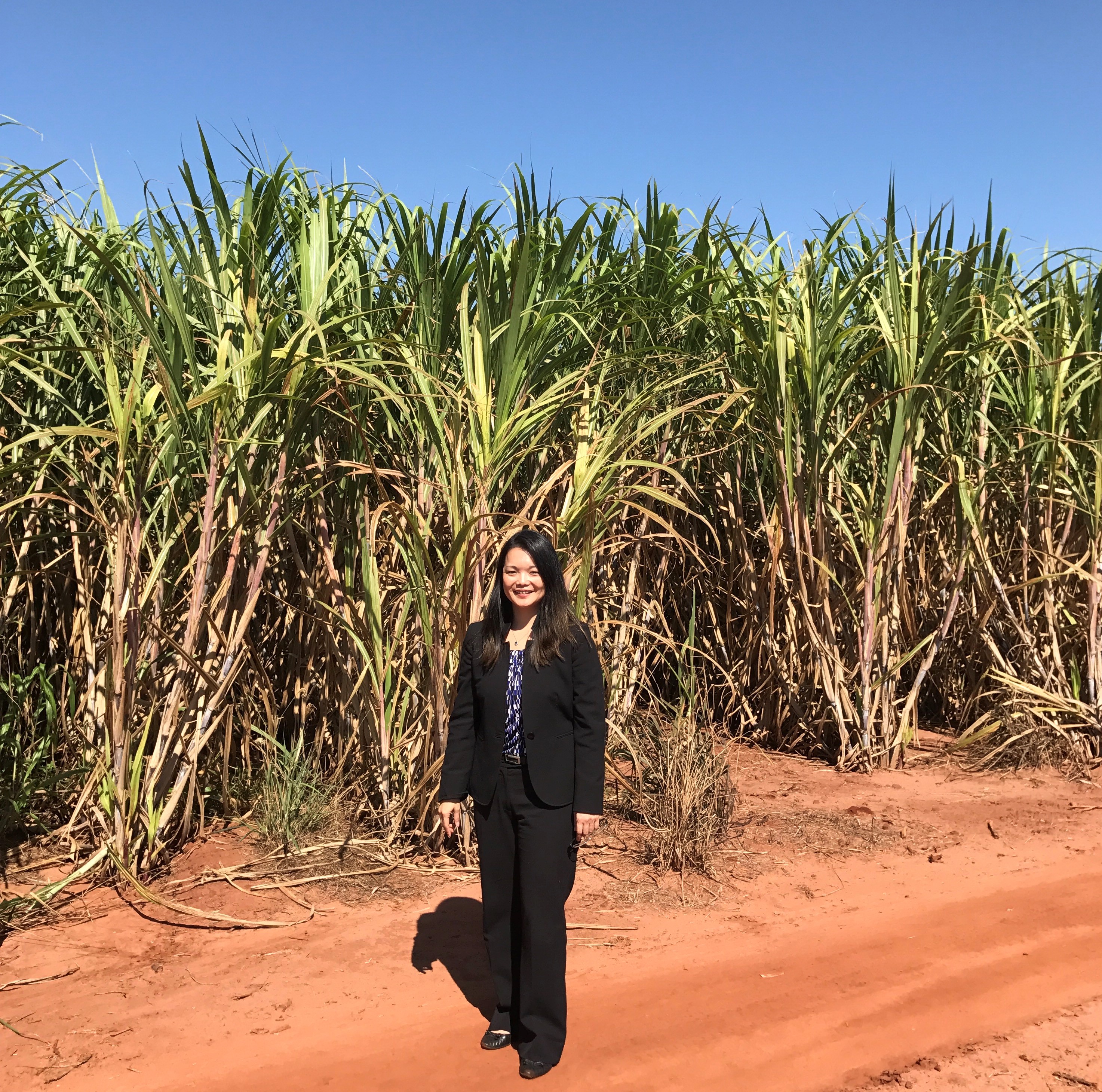 During the ten years that I lived in the United States, I worked for six years at Toyota Motor North America and two years at Hart Energy in the Energy, Environment and Biofuels Divisions where I had the opportunity to learn in-depth the global agribusiness situation. Mainly in crops used for biofuels production, such as: sugarcane, corn, beet and wheat for ethanol; and vegetable oils: soybean, cotton, sunflower, canola, castor and palm oil for biodiesel. Besides analyzing the biofuels market to report to Toyota High Management and Latin American subsidiaries, I was trained within the Toyota Way/Lean Thinking, where I learned the Toyota Way pillars: Respect for People and Continuous Improvement.

Since I returned to Brazil in 2010, I have had a strong belief in the potential of Lean Management to help the Brazilian agro industry, which suffers from poor or lack of management. Despite being considered cutting-edge and one of the only sectors in the country to grow at this time, it is impressive how much waste there is. My father, Gilberto Kosaka, former Director of Toyota and Sensei Lean trained at Toyota’s headquarters in Japan, always comments that Brazil’s greatest challenge, as the world’s barn, is “to do more with less”.

I could observe that one of the biggest problems of the sugar and ethanol mills that went bankrupt (more than 80 since 2008) was mainly the poor management of the business. The political and economic environment contributed as well as the lack of an energy policy in Brazil, gasoline prices control, low prices and new players in the world sugar market, advent of mechanization… in fact, several factors have contributed to the sector stagnation – which led to reduction in investment, credit, and the ultimate shutdown of mills. But there are several companies that survived, and some have even grown. Management was the great differential!

In conversations with my father whose biggest professional and personal challenge is to spread Lean Management across the world, I asked if he would be interested in working on a pilot project in a sugar and ethanol mill. At first, he mentioned: “Everything in process is subject to lean application, and at the mill we have many agricultural and industrial processes; consequently, great potential to reduce costs by eliminating waste. Why not? ”

This was in the end of 2010. However, when I joined DATAGRO, I became involved in several projects that led me to a different direction. But the idea of applying Lean Management in the agro sector has never left my mind. Until 2014, when I became Production Costs Manager at DATAGRO. During this period I could observe in loco the amount of waste in its processes, from lack of good planning, poor allocation of resources such as inputs and labor, to poor machine handling (high corrective versus preventive maintenance), lack of robust procedures and processes, high turnover… caused in large part by the absence of a corporate culture in which the leader is the example to be followed.

From the moment you start monitoring costs, the next step is to improve management to reduce them; and in my point of view, there is no better business strategy than lean. In a structured way and mentioning lean tools, I will try to answer the initial question – why Lean Management in Agribusiness?

1. Planning A3 PDCA and Hoshin Kanri

Every project starts with good planning: how to allocate the best resources in a given timeframe, with well-defined goals, seeking results, monitoring them and reassessing what went wrong if they have not been achieved. I have also learned the importance of deploying goals across departments so that the company as a whole is aligned. My father always says: “result is consequence of good management, and with clear goals and a well-defined plan of action, there is no going wrong.”

Seek the best way to do an activity by mapping all tasks and evaluating what adds value from the customer’s point of view. What adds value has to be done in a continuous flow, without interrupting the value flow. The activity that does not aggregate is considered waste and should be eliminated or minimized. From this analysis it is possible to define processes that are more robust and can be improved continuously.

“Where there is no standard, there can be no improvement”, said Taiichi Ohno, the father of the Toyota Production System, over 50 years ago. The prerequisite for improving an activity is to establish a work standard as we call it at Toyota – or standard operating procedure – and continuously improve it.

One of the Toyota Way pillars seeks continuous improvement in pursuit of perfection. In Japanese, the word translates as kai = change and zen = better – or change for the better. Lean Management encourages us to leave our comfort zone and aim for continuous improvement in all aspects of the business, which leads to innovation and evolution. “Changing is difficult, but not changing is fatal,” as I learned from my American colleagues.

Once again quoting Taiichi Ohno, Toyota had great concern in investing in its most valuable asset: people. After all, this would pay back for almost 40 years, considering that Japan is practicing lifetime employment up to this day.

Whenever we start a consulting project, my father tells me: “First we have to do kaizen in people, and then we will optimize processes, improve feedstock quality and take better care of the machines.” In order of priority in Lean Management and using the 4M’s Diagram of Ishikawa, M of Manpower comes first! “Before we develop products, we have to develop people.”

In my Toyota years, one of the aspects that struck me the most was the power of teamwork, which is capable of great achievements under the leadership of a lean leader – who teaches how to do it. I was able to observe how it is possible, with well-defined instructions and goals by the manager and with a committed and united team – to achieve great productivity gains in a short time – while increasing quality and obtaining sought after profits.

Unlike conventional leadership models, Lean Management emphasizes “follow me”, in which the leader demonstrates what to do by setting an example.

Even Toyota reinvented itself as it was a matter of survival – it came close to bankrupcy in the post-war period. Necessity brings innovation and the current situation in the agro sector is quite conducive to this.

“Result is nothing more than the consequence of good management.” We are in a moment of great difficulties in the country and in the sector, but in my opinion we could do more with the proper “homework.” All discussions at the various levels are important, but the crisis reaches everyone. The company that is better prepared, with a well-trained worksforce and good management, will not only survive but will be strengthened, and there are many examples of companies in the industry that continue to grow, even facing crisis after crisis.

10. Lean Management as a Business Strategy

For the reasons mentioned above, I see Lean Management as the best existing business strategy and, if well applied, may bring great results to the agricultural sector. A management style that puts people first, trains them and uses their minds to improve – and above all respects them, is the future – because the greater the training, the more the workforce will be prepared to face the challenges that innovation and technology will bring.

After evaluating some tools associated to the pillars and how they could benefit the sector, I reinforce my father’s question: why not?

In the next columns, I will further develop each principle of Lean Management, as well as the application of lean tools in the pilot projects we implemented in sugar and ethanol mills.